Thankfully we now have the lie detector / polygraph but read below to see how we used to detect lies through the ages. 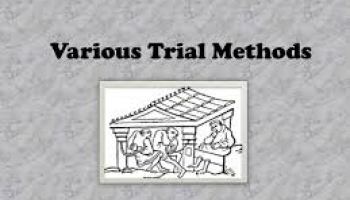 Being aware of the human ability to deceive along with the human inability to detect it, ancient courts and legal systems relied heavily upon trials by ordeal. The ordeals subjected the accused to all different physical tests and endurance’s. Surviving the ordeals was taken as a divine acquittal.

The earliest legal source is found in the Hammurabi codex from the 18th century B.Ci and the Assyrian codex from the 12th century B.Cii that commands those who are suspected of witchcraft or adultery should “fall” into the river. If she survives she will be acquitted and her accuser’s estate will be confiscated. The book of Numbers (5:11-31) describes the “bitter water ordeal” wherein a woman suspected of adultery should drink a glass of holy bitter water and swear in God’s name that she had not betrayed her husband. If she is deceptive and telling lies her thighs and belly will become swollen.

Robinson shed more light on the ancient methods: One might solemnly swear that he was telling the truth, and get as many other people of his own class as the court required to swear that they believed that he was telling the truth. This was called compurgation. It was believed that God would punish those who swore falsely and told lies. On the other hand, the parties to the case, or persons representing them, might meet in combat, on the supposition that Heaven would grant victory to the right. This was the so-called wager of battle.

LaMonteiv describes some of the medieval ordeals: The ordeal by fire would consist of a man walking through open flames or carrying a red-hot iron a stated number of paces, and; plunging the hand or arm into a pail of boiling water. In all of these ordeals the judgment of his fellows played an important role as they could determine the weight of the iron, the size of the fire, and the number of minutes which the arm must be held in the water. After the ordeal had been performed the arm was bandaged up and the bandages removed several days later. If the wounds had begun to heal he was declared innocent – if not, he was guilty. The worst of the ordeals was that of cold water, in which a man was bound and thrown into a pond or stream. In this case if he floated he was guilty (and torched later) and if he sank he was judged innocent, as water will cast out impure substances. Priests were not subject to these ordeals, but were required instead to swallow a piece of cheese, the size of which was determined by the court. The Church Canon abolished the trial in 1215.

Tortures, as a mean to get the truth became “scientific” by the Inquisitors and especially by Chief Inquisitor Tomas de Torquemada.v Lea, C. H., (1870). Superstition and Force. Henry C. Lea, Philadelphia One of the most comprehensive studies on ancient methods can be found in Lea’s.vi Many tests described by Lea relied, not upon divine guidance, but upon the magical ability of some earthly substance to respond correctly to truth or falsehood. Thus the Roman Vestal Tucca proved her virtue by carrying water in a sieve. Early English jurists believed firmly in the power of murdered corpses to bleed when the murderer was brought into the room. In similar fashion, Greek maidens whose claims of chastity were in question swore to the truth of their statement in an oath written on a wooden tablet. The wood was fastened around the girl’s neck and she walked into a fountain, which had special sensitivity to female virtue. If she was a good girl the water stayed on a level with her knees – if she was a gay deceiver it rose to her neck and floated the wooden tablet. According to ancient Greek scholars, the Celts used to test fatherhood by throwing the newborn baby into the Herman River. If the baby survived it meant that he was “legitimate”; if he drowned it meant that he was “illegitimate”. In the 8th century France, the parties in dispute used to stand one in front of the other lifting their arms in a cross-position. The party who lowered his hands first was declared guilty. In Burma the parties in dispute used to hold a burning candle. The party’s candle that extinguished first was declared guilty hence lies.

In Europe Middle Ages the suspect was put to stand in front of an angry bull. If the bull stopped in front of the suspect he would be acquitted. The same logic applies to the Middle Ages European test in which the parties used to write down their claims on a piece of paper and then throw them into the fire. The paper that survived the fire was acquitted. In the Japanese “Goo” of the 6th century, the suspect had to swallow a papyrus with some holy sentences. If he is deceptive the papyrus will bother his stomach to the point where he would have to throw out his confession. In Central Africa they still use a trial in were they put a ceramic boiling pot on the subject’s stomach. If he is deceptive, his skin will burn. Of all the many truth tests of ancient times, only a few definitely foreshadowed modern physiological methods. The earliest recorded instance is from Indu dated about 900 B.C. in which persons falsely denying being poisoners were considered to reveal their guilt by such physiological changes as blushing (facial vasodilatation). Some 600 years later Eristratus, physician to Alexander the Great used the “tumultuous rhythm” of the heart to determine that the crown prince of the Seleucid Court in Syria was deceptive /lies about his impious – and hence guilty – love for his newly acquired stepmother. The ground truth was dramatically confirmed by the later birth of a daughter to the accused pair.

In the rice-chewing test in ancient India a man suspected of crime or deception was made to chew rice. If he could spit it out again he was considered innocent. If he couldn’t, his story was judged false. This test has a sound physiological principle behind it. The emotion of fear tends to stop the salivary glands from secreting saliva. A person who was afraid, therefore, would have a dry mouth and could not spit out his rice. The same logic is still demonstrated nowadays in the hot iron licking test, used by the Bedouin (nomad) tribe in the Middle East in which the suspect has to lick a hot copper spoon. If he suffers no blister, he is considered truthful, otherwise deceptive. In the sacred name of “search for the truth” ancient courts and legal systems tortured and abused witnesses and suspects. In a 21st century perspective it seems that their quest for the truth elevated depravation and degeneration to a state of art, but who are we to judge and how nowadays modern methods of detecting lies will be judged in the future. 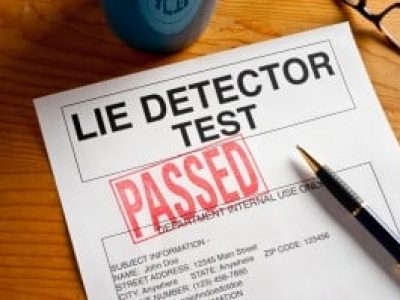 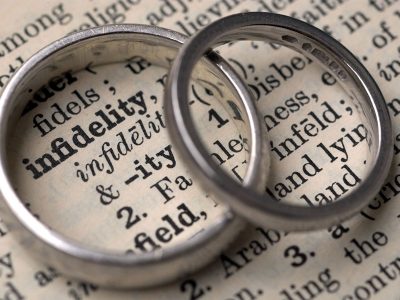