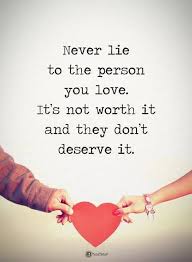 Lie Detectors UK don’t usually advise a ‘couples lie detector test’ however in the case study below it was the only way for one lady to get her partner to take a lie detector test. We have locations Nationwide however we also offer Home Lie Detector Tests and we are able to hire an office near to you should you prefer.

Polygraph testing by a UK qualified professional in our offices – London, Maidstone, Kent, Liverpool, Birmingham and throughout England Wales and Scotland – is a flat fee of £399, for a home polygraph test or in a private room in an area nominated by you we charge £499. Read more on our Lie Detector Pricing page.

Afraid of throwing away what had been a great connection, terrified of decided that she would afterwards regret, Jane had stayed in the relationship with her partner, even though she knew that things were not perfect and could be better.

Not able to put up with the constant impression that she had been lied to, tired of not knowing what to think, Jane was lying to her friends and family. She was beginning to feel like she was on the verge of a breakdown.

Desperate to do something, Jane decided to book a lie detector test for himself and her partner, Mike. Keep reading to find out how the test directed Jane and Mike to have a deeper, more meaningful connection and relationship.

Lies, Fiction and Deceit in a Relationship without Evidence

With only a sense that her spouse was lying to her, the lines between fact and fiction had begun to blur Jane.

With no concrete evidence, Jane felt like she could not talk to her family or friends regarding her suspicions, she just sounded insecure and unwanted. After being together for such a long time, in addition, it sounded really stupid to say out loud.

Mike was his usual loving self, actually he’d been really good. But, her instincts were still telling her something was going on.

Jane was going round in circles about what to for the very best for months, and she couldn’t create a decision., Mike was giving away nothing, and half her felt like that she should be imagining it.

Really all Jane wished to do was ignore her feelings and continue as before. She had no idea that taking the polygraph would produce the outcomes it did.

Jane didn’t understand when it had begun, but she did know that Mike was lying. Trying hard to make sense of what had been happening to her connection and self-esteem, it had reached a stage where she had to understand the facts on way or another to decide how to move on.

Six months ago, her world had come crashing down when a fantastic friend confessed they had seen her spouse Mike out with another woman during the week.

Jane had wanted to believe him, Mike worked, so it was difficult to tell what he was around during the day. She’d actually made a decision to follow him a few occasions, but it always felt too pathetic.

Really making the telephone call to discuss this with a polygraph examiner was the hardest part. Jane was actually relieved to speak to the person on the opposite end of the telephone, who had been warm and very sympathetic.

Couples Polygraph Test – How to Book

Mike and Jane decided to do a couples polygraph test, Mike wanted Jane tested at the same time. You can send an enquiry via our Contact Form online.

Mike had really been cheating on her for several years. Mike had believed he would bluff his way through the polygraph test, but he’d found it cathartic to tell someone the truth about his cheating for once in the pre-test.

Knowing he was going to lose Jane, he’d wanted to tell her himself. Saying it loudly had left him see he had to get some professional help, he was hooked on sex.

Deep down Jane felt relief and empathy that Mike had told her but her first feelings were disappointment, disgust and betrayal.

Even though it was bad news, in addition, it marked the beginning of a new chapter to the couple. Mike started therapy for sex addiction after six months, Jane and Mike got back together. Mike still sees a therapist and the pair attended couples counselling together when they rekindled their relationship.

If you’re worried about infidelity or dishonesty in a connection, a lie detector test could provide a fast and easy method to put an end to the lies once and for all.

Instead, if you are going through dishonesty around paternity, recruiting, insurance claims, theft or fraud, our experienced and qualified staff, work with compassion and care that will help you resolve any issue. Speak with one of our friendly staff today via phone on 0207 859 4960