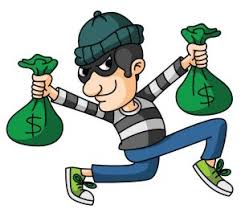 Last week we received an enquiry for a lie detector test in Essex for theft. A client had a large amount of money stolen from her house. There were no signs of a break in and the money had been left in a cupboard overnight where it had been taken from. There were only two suspects in the house who were both blaming each other. Obviously this was making life in the property difficult for all especially for the client who had the money taken. The client needed to find the truth to restore harmony in the home in Essex.

We usually advise for theft cases to tell everyone your intentions to have them tested on the lie detector. Over twenty-five percent of our theft cases are cancelled last minute when someone refuses to take a test or does not show. In this case the client had decided not to tell the two suspects as they knew both would take a lie detector test and wanted it a secret. This test was booked for an evening so no one had to take time off work; it was also a home test in Essex as the client had a distraction free environment for us to test in.

On arrival at the house, one suspect was very nervous and explained he was not happy at all, whilst the other was happy to be given the chance to clear her name. We read nothing in this as anyone taking a lie detector test in Essex would be very nervous and anxious and this is not a sign of guilt nor will it affect the results of the test. We are there to prove a person’s innocence not guilt.

During the pre-test interview both suspects denied any involvement with the theft/taking of the money, they both gave me good reasons why the other person may have taken the money. As we expected there were no admissions at all. We discussed the questions in the pre-test, we stick to three questions on a single issue, the theft. Example questions below:

R1 Did you take the money from the cupboard in this house in January 2019?

R2 Did you have any involvement with the theft of the money from the cupboard in this house in January 2019?

R3 Do you know for sure where any of the missing money in January 2019 from the cupboard in this house now is?

After explaining everything to the suspects we move on to the testing stage where multiple lie detector tests are run on each suspect, we take an average of the results on each chart to give an overall result. As expected one suspect passed and one failed. We carried out a posttest interview to see if the suspect had anything to say or could give any reasons why he failed the lie detector test, nothing was forthcoming.

Using the polygraph for theft cases is great work, if we are lucky enough to test the person who has committed the crime then we will catch them as we did in the Essex lie detector test case.

Call us today and discuss your case with a fully qualified and experienced examiner who is a member of the American and British Polygraph Association.