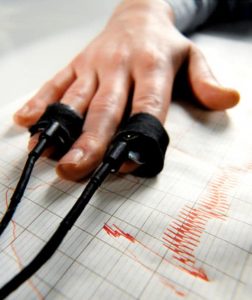 If you are a big fan of detective TV series, you have seen at least one scene in which police persons or detectives have used a lie detector. People are using these instruments every time they want to find out whether a person is lying regarding a certain aspect or is actually telling the truth. However, what you might not know is what exactly happens before, during and after the test. In case you are interested in finding more about the truth, you should read the article below.

The first thing, no matter what the reason for getting a test might be, it is highly important to look for a professional and experienced examiner. It is recommended to do some thorough research online, because you can find there are numerous polygraph examiners that have managed to make a name for themselves in this domain. Choosing the best assures that the test is as accurate as can be.

A test can take up to three hours to complete. It is divided into different phases. The first one is designed in a way that will help the examinee get accustomed to the polygraph and the questions. During this phase, the examiner can even present some of the questions he or she is about to ask during the second phase of the test in order to discuss them with the examinee.

The second phase is also the most important one, because this is where the magic happens. During this phase, the examiner asks the examinee a series of questions that are meant to help the former one determine whether the latter is telling the truth or not. This is the moment when all the necessary data is collected. During this phase, the examinee has various things attached to the body, such as breathing tubes, blood pressure cuffs and so on, which send impulses to the lie detector itself, thus making it “read” the physiological reactions of the examinee’s body.

This is the last phase of the test. After all the right questions were asked and the patient answered them, the attachments previously mentioned are removed and the examiner can start his or her work, which is interpreting the readings from the test. This is the moment when all the answers are interpreted and a final thought is presented.

So these are the steps that happens before, during and after a lie detector test. In case you are interested in taking such a test or want someone you know to take such a test due to various reasons, it is recommended to work only with professional examiners with vast experience in the domain, because this way you can be sure the test is extremely accurate and reliable.