Lie Detectors in the White House

So we have finally learnt from the media that Donald Trump and his team will be using the Lie Detector to plug leaks from the White House. I bet this has a few worried people as the truth will out and the person or people leaking the information will be found out or maybe resign prior to taking a polygraph test. A single issue test on this type of issue would allow for maximum accuracy anywhere between 95/98%. The FBI has been using polygraphs very successfully for the last 50 years. If you are a high ranking FBI official then you will be subject to a polygraph test every five years. Looks like the White House and the Trump administration may adopt this with mandatory testing every few months possibly with the speed leaks are sprouting. Independent News Paper Report 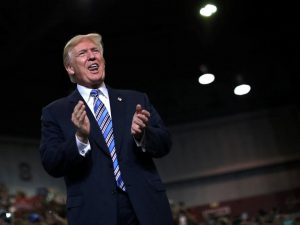 The use of the Lie Detector in the US Government has been ongoing for many years often behind closed doors. I have a friend whose job is to polygraph high ranking government officials who have spent time abroad to ascertain they haven’t leaked any sensitive information. On a different level if you wanted to become a NYPD Policeman then you would have to submit to a pre-employment polygraph test which would give the employer a full breakdown on the type of individual they are hiring, ever thought about adding a qualification on that CV that you don’t have ! Or keeping gambling or drug habits secret, think again with a pre-employment polygraph test.

Lie Detectors UK here in England run tests for many types of situations including pre employment tests. Call us today and speak in confidence to a qualified APA polygraph examiner about your case. We have our own offices but also come to you and tests start from £399. All of our examiners are qualified and experienced members of the American Polygraph Association

Costs of a lie detector test.