Laura and Tony got in touch with the company in 2019 because they wanted to move forward as a couple but couldn’t get past accusations of infidelity.

Tony had been cheated on by his two prior partners, and he constantly worried that Laura would cheat on him as well — even though she claimed to be faithful to him throughout their three-year relationship.

The couple requested a Proof of Innocence test for Laura, who wanted to prove her trustworthiness to her partner. The examiner’s questions focused on her sexual activity in the last three years, and the test measured her physiological changes when responding. She was understandably nervous, but that didn’t impact the results: Laura passed with flying colors.

Lie Detectors UK offered Tony proof that Laura had not cheated on him, and that helped the couple work through their issues and address Tony’s trust issues in a non-threatening way.

“The results enabled them to move on in a better relationship,” said Jason Hubble, the Chief Polygraph Examiner and Founder of Lie Detectors UK.

In 2013, Jason founded Lie Detectors UK to make polygraph tests more widely available to the public so everyday people could benefit from the insights they can provide.

About 70% of Cases Involve Accusations of Infidelity

Healthy relationships are built on trust, but sometimes trust isn’t easily given. Some couples have to earn or rebuild trust with one another. Sometimes an individual reaches a breaking point and can’t even trust the word of a significant other. That’s where a lie detector test can come in handy. 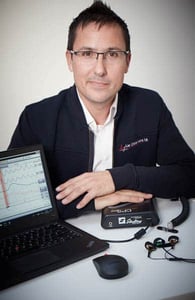 Lie Detectors UK can offer a solid foundation to discover who’s trustworthy and who’s not. Its highly attuned polygraph can bring certainty to a lot of murky cases and sensitive subject matters, and it only takes a couple hours to get that clarity.

The test is comprised of three stages — the Pre-Test interview, the Data Collection, and the Post-Test interview. A well-qualified professional walks customers through each stage and helps them understand the results. Lie Detectors UK only runs Single Issue tests because that achieves the maximum accuracy of 92-94%.

A relationship counsellor and polygraph examiner named Norma Phoenix is on the team to provide guidance on personal issues between couples. She is particularly adept at handling cases of infidelity.

Jason estimated that about 70% of customers choose to take the polygraph test to settle questions of infidelity. Many couples see it as a way to verify or discredit claims and put an end to fruitless argument — one way or the other.

Lie Detectors UK won the award for The Best Polygraph Testing Company in 2019, and all its examiners have graduated from training programs accredited by the American Polygraph Association. While the company is based in London, team members conduct polygraph tests throughout Europe and around the world, and they offer professional lie detection services for both personal and business requirements.

“Whilst polygraph has its critics, we continue to see governments increasing its use as it really does work as an effective interrogation tool,” Jason told us. “Nothing else can offer this type of verified accuracy — provided the test is run by a certified examiner.”

Lie Detectors UK appeals to couples who have serious disputes and accusations to settle. Infidelity is one of the most common reasons couples seek the polygraph test, and many couples positively review the company and say they got the answers they needed. While the test can’t provide accurate information about someone’s emotions or intentions, it can offer clarity about their actions and whether they’re lying about something they did.

Steve and Sharon had been married for 30 years, and their affection was waning when Sharon noticed Steve starting to care more about his appearance. He exercised more and ate healthier than ever before, and he even bought new underwear, all of which struck her as strange and suspicious.

Sharon couldn’t shake the feeling that Steve was having an affair. When she confronted him about it, he agreed to take a polygraph test to prove his faithfulness. 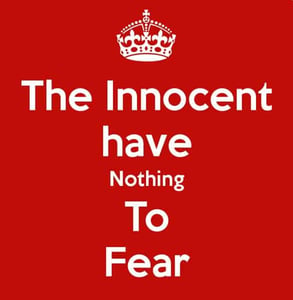 Lie Detectors UK ran a Proof of Innocence Polygraph Test on Steve. During the Pre-Test Interview, Steve acknowledged that he had changed his lifestyle and understood how that may cause alarm, but he just wanted to take better care of himself. He went on to pass pass the test and prove that he had not had any affairs within the past five years.

Sometimes Lie Detectors UK reaffirms a relationship, as with Steve and Sharon, and other times it identifies deception and misconduct.

Jean suspected her boyfriend Michael was having an affair because she spotted a text message with a kissy face in his inbox, and she didn’t recognize the name or number. Michael was combative and evasive about his relationship with the mystery woman, so Jean decided she needed him to take a polygraph test to suss out what was going on.

Michael failed the polygraph test, and the examiners found strong evidence that he was trying to cheat the test. During the Post-Test Interview, Michael became angry and offered no explanations about his behaviour or apparent lies.

The next day, Jean got in touch with Jason to let him know how everything had unfolded after the couple had left Lie Detectors UK.

Jean said she gave Michael an ultimatum: tell her the truth, or she would sever contact with him for good. He admitted to seeing 13 women on the side. Finally, Jean believed him.

“That man has serious issues,” Jean concluded. “Thanks for saving me from a miserable life.”

Lie Detectors UK strives to answer that age-old question: Can I trust you? The company can help couples, employers, families, and friends discover the truth and get to the root of their most pressing problems and emotional concerns. Some people use the test to restore faith in their relationships, and others use it to prompt admissions of guilt, and both experiences can inform and enlighten the participants involved.

Whether it’s dealing with infidelity, theft, or some other misdeed, the lie detector test has a way of bringing truth to the forefront and creating an open dialogue between key players.

“Very impressed with the service from start to finish,” said the Maxen family in a five-star review. “[Lie Detectors UK] was extremely professional, many thanks! We were expecting an awkward time, but left pleasantly surprised.”