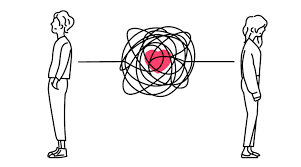 Long-distance relationships are very common these days. Partners get new job opportunities in other areas but still try to maintain their relationship.

However, it gives a perfect opportunity for them to cheat. It leads to trust issues and misunderstandings in a relationship.

Our client has been facing the same predicament. So she booked a lie detector test to find out if her partner has been loyal.

It is commonly known as a Polygraph Test. It is a procedure in which a device is used to record multiple indicators in our body.

It measures pulse rate, blood pressure, skin conductivity and respiration to find out if a person is telling the truth or lying. A person is asked a set of questions which he answers.

Simultaneously, the polygraph derives the results. There are only three outcomes of this test, either the person is lying or telling the truth or the result is inconclusive (4% chance).

Jane and Austin have been in a relationship for over four years now. They have been living together after university in Brighton.

However, due to financial problems, Austin started looking for better job opportunities.

After staying together for two years, Austin moved to Leeds. Jane decided to stay in Brighton and continue with her teaching job.

Jane and Austin have been in a long-distance relationship for over two years. Things have been going smooth for the first year.

They used to call each other daily and spend their weekends together when possible. Austin would spend his holidays in Brighton.

However, this year Jane started noticing changes in Austin’s behaviour. He has been calling less and making excuses to cancel their virtual dates. He hasn’t visited her in the last four months.

When Jane decided to surprise him in Leeds, he became upset rather than being happy. They had a big fight as she expected a better reception from him.

Jane found out that Austin has been keeping a lot of things from him.

Looking at the Instagram pictures he uploaded, he appeared to be quite friendly with one of his colleague’s names Rosa. Looking at all the signs, Jane accused him of cheating.

When Jane accused him of cheating, he denied it. Austin claims that he and Rosa are just good friends.

They are close because they bonded over the long-distance thing. Jane being sceptical suggested, Austin to take lie detector test.

Austin agreed to take a test to prove his innocence and loyalty. Jane approached Lie Detectors UK and booked an appointment for a home visit. We visited Austin in Leeds to run a Lie Detector Test.

Jane was present during the test. We asked Austin a series of questions agreed with Jane which will determine if he was loyal or dishonest.

After successfully finishing the test, Jane and Austin, both were anxiously waiting for the results. Results were given in person twenty minutes after the test.

As per the results, Austin and Rosa were just friends, he passed his single issue test. He wasn’t cheating on Jane with Rosa or anyone else. Jane was relieved to find out the truth. The reason for Austin’s detached behaviour was work pressure.

He has been working really hard to fill in the senior position at the office. It took a toll on his relationship.

Our Lie Detector Test not only helps you to catch a cheating partner but to save your relationship as well. If Jane hasn’t been aware of our service, she might have ended things with Austin based on a misunderstanding.

Our Polygraph test not only saved their relationship but helped them to address the issues they are facing and communicate well.