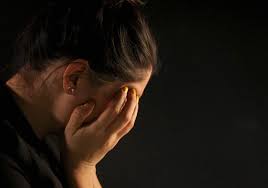 The Times Newspaper has today run a very interesting story that Government Ministers are seeking legal powers to run trials of polygraph testing on domestic abuse offenders which is superb news. We have long campaigned for this given the effectiveness of the polygraph and its use as a deterrent, in the private arena we often run tests for victims who wish to prove to families and friends they have been victims of abuse, we have also run tests on clients who have been wrongly accused and whom wish to prove their innocence. Lie Detectors UK completely support and welcome this approach and are ready to assist the Government when required in this work.

Article and link below

Men who are convicted of the most serious types of domestic violence and abuse face being forced to take repeated lie-detector tests in a change intended to give victims better protection.

Ministers are seeking legal powers to try out the effectiveness of polygraph testing on the highest-risk domestic abusers to see whether it reduces repeat offending or makes it more likely that they stay away from victims.

Polygraph testing was introduced for the most serious sex offenders in 2014 and has been hailed a success, with 160 offenders sent back to prison after concerns about their behaviour were highlighted by their answers.