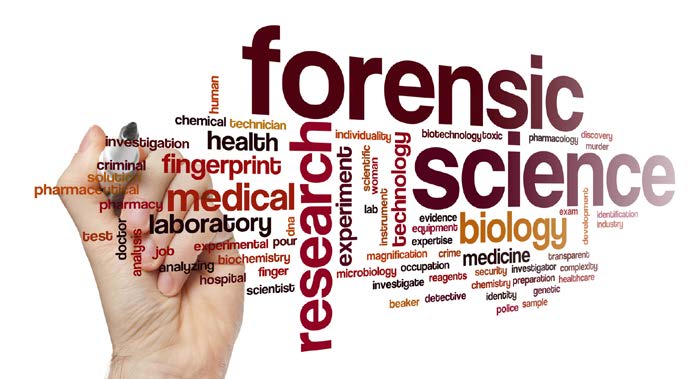 Just over a year ago I completed my basic training with Ben Blalock and Chip Morgan from PEAK Credibility Assessment Center. Being a young idealist I was excited to move from the training center into the real world of practical application. I can attest that the 10 weeks of basic polygraph and an additional 40 hours of PCSOT training are a great foundation for the real-world work we face with in our profession. That stated, there were challenges and even ethical dilemmas – that I had not foreseen during the training stages. One year after leaving the academy I know more acutely than ever that I have much to learn and that the “school of experience” will be the refining fire that sharpens my skills as a polygraph examiner. I would like to share a few experiences of success and struggle. My hope is that in sharing some of these ethical dilemmas and emotional struggles I remind you of just how challenging this profession can be. My belief is that these are not unique but have been experienced by many of us starting out on this path. I would also assume that even with years of experiences there are times when you are looking at charts debating with yourself what the next best step will be as you prepare to present information to the anxious eager-eyed client sitting just across from you. I will share two stories of tragedy, and two of triumph. All names have been changed to maintain confidentiality.  My goal in sharing these case studies is to explore some of the more impactful lessons I have learned in my first year. While they may not be illustrative of my daily testing, these are examples that stood out due to their impact and the lessons I learned from them. Stanford Psychologist Alford Bandura said; “Learning would be exceedingly laborious, not to mention hazardous, if people had to rely solely on the effects of their own actions to inform them what to do. The value in sharing the outliers is the gold nuggets of learning that can generalize to less extreme cases. Before I get into the specifics of the I would like to say that having a trusted mentor to talk things over, review charts, and illuminate research has been  the key to much of my success. The foundations for good practice were taught and enforced in polygraph school. Once leaving polygraph school, the clash of the real-world versus the “school-world” became evident. I will be eternally grateful for John Pickup and his careful tutelage, mentorship, and patience with my inquisitive and at times petulant nature.

We have a variety of clients including; many of the local police agencies’-employment testing and PCSOT testing for adults on probation for sexual offenses. We also work with many organizations that treat adolescents who demonstrate sexual behavioural problems. Stew Umped was one of these adolescent boys we were testing under the umbrella of a PCSOT full disclosure exam. Stew was the 10th formal test that I had ever completed in real-world practice. I was a bit rough around the edges and took a long time to review the material during our semi-structured pre test interview. This was due in part to lacking competency with the forms we use and I would stumble through the question format, at times getting lost periodically and occupying time in my own disorientation. In addition, the boy was a bit of a talker and keeping him on target was a skill challenge during the interview. Because of the thorough nature of our semi-structured interview, we expect a pre test interview to last between an hour and ninety minutes, before moving into test construction and data acquisition. In this case the interview had lasted almost 3 hours. This was clearly not effective management of the flow of the interview on my part. After the lengthy interview, I formulated the questions and reviewed them with Stew Umped. I explained the instrumentation and placed it on Stu. As I began the exam it was immediately evident that something was going on. His physiology was measuring as unstable and distorted during the acquaintance test. The distortion were so bad that it was difficult to imagine what was going on with the charts.  I assumed it was an issue with the instrumentation and my component placement so I first tried a different cardio cuff (kids size vs adult). When that did not help, I put the cuff on his forearm vs bicep. When that didn’t work, I raised the chair arm to be level with his heart. No matter what I did I could not find stable data. In futility, I attempted to run some charts which culminated at one point in the complete disruption of a heartbeat. It trailed off from the traditional diastolic systolic line into an upward squiggle in a single line; like it had been compressed into a death trail. I was so frustrated, and upset, and self-conscious about my incompetence I wanted to crawl under the desk and disappear. In the end, in consultation with my mentor, it was decided to call the test a “no opinion” and he was scheduled to retest the next week. John ran the follow-up exam because I was too insecure about the first round to face the situation and feared it was my fault that readings came out so distorted. In the end John tested him with more stable physiology. This second time he failed the exam while attempting countermeasures. Months later I was assigned his follow-up test. This time the data were as expected. He added significant disclosures to his original sexual history, and he confessed to trying to alter the outcome of the exam through a combination of movement, flexing, and biting his cheek. One of the lessons, that I learned (and keep in mind), is that bad data is not always about instrumentation, but often is a by product of direct manipulation by the client.

My professional background is in counselling and therefore the pre test interview has always been the most comfortable phase of a polygraph for me. It models after all the principles of good therapy: building rapport, allowing for open ended questions and discussion, and a supportive non-confrontational approach. On the other hand, the post test interview is not my most competent area yet. It is more strategic, confrontational, and accusatory. I have used a soft approach in the post test interview such as saying things like: “this did not go well for you, what do you think happened?” Sometimes I think this soft approach is less about the rapport building therapeutic stuff, and more about some of my own doubts about the results and if I did it correctly. Especially early on; I was constantly questioning the science and the validity of the test itself (that is part of my petulant nature I referred to earlier). Kasey was an adult on probation for engaging in sexual abusive behaviours with a child. He had a history with intensive binges of pornography use and he had an interest in child pornography. We completed a semi-structured interview—about his compliance with the terms and conditions of his probation and his engagement and honesty in therapy—and then formulated the test questions. Some of the questions addressed in the exam included if Mr. Fillmore had sexually touched any minors, if he had viewed child pornography, and if he had been alone with any minor (he had several nieces and nephews he had contact with but under supervision as approved by probation). In the screening exam the charts highlighted a specific area of sensitivity regarding the question about child pornography. I had recently attended the local polygraph association training with Skip Webb who provided a day of training on the post test interview. He talked about the need to trust implicitly in your results and when you move to enhanced interview that you set aside any excuses or blame in favor of the core issue of “You are lying to me, tell me about it.” I saw the results of the charts and in place of my passive “what do you think happened” default statement; I leaned in and said, “Let’s talk about the child pornography that you have been watching. ”Kasey Fillmore put his head down and started to talk about nudist websites he had been viewing for the explicit purpose of finding nude children. He talked about his justifications as to why he thought it was ok and laid the problem on the table. One thing I had not expected from such an exchange was the surge of adrenaline that coursed through my veins. I was on “cloud nine” completely  convinced that the polygraph could never be wrong. Obtaining that first confession based on the accurate results of the polygraph was both empowering and reinforcing. The goal of polygraph is not to get people in trouble, but it is to hold people accountable and to create a safer society. That day was an important day for me as it enhanced faith in the science, in the process, and in the purpose for polygraph.