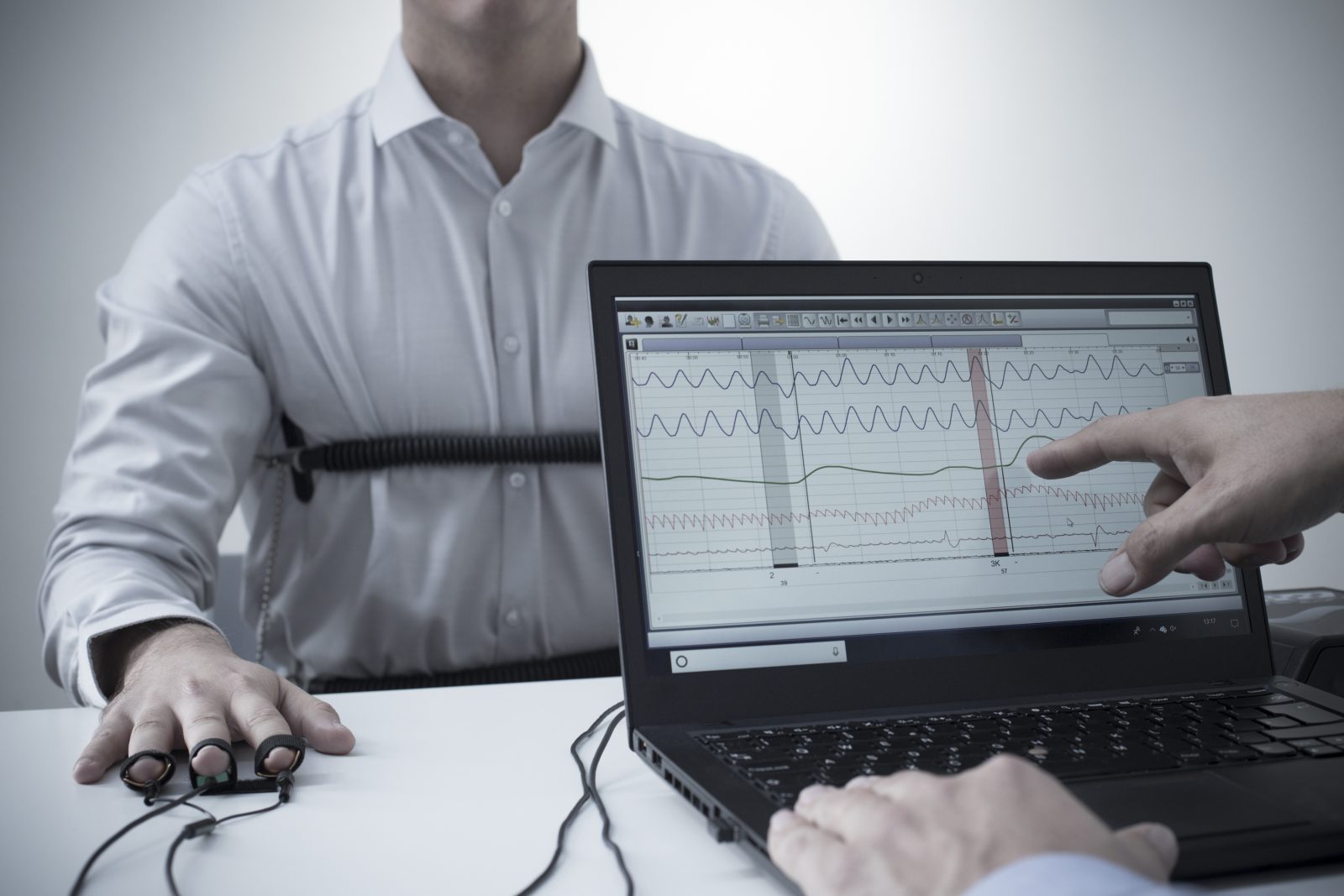 Children learn to lie between the ages of 2 and 5, by adulthood most are prolific liars. One recent study goes as far to suggest the average person hears up to 200 lies a day which does sound a little on the high side, I guess it depends on interactions with others. Obviously the majority of lies are classed ‘white lies’ the in-sequential niceties, but a psychologist from Hertfordshire University says most people tell at least one big lie a day. They lie to promote, protect and to avoid hurt, either to themselves or someone else.

Most people are hopeless at spotting a liar with deception in the form of lies, evaluating the 206 scientific studies show people separate the truth from lies just 54% of the time, a shocking result. Yes, there can be tell-tale psychological responses one might recognise in their partner, examples being going red, grinning, looking away but there is no common factor we all exhibit when we are lying.

Fortunately, we have the polygraph, in the U.S an estimated 2.5 million exams are conducted every year. In the UK the Government has been testing sex offenders on probation since 2014 and has managed to put an alarming number back behind bars the program has been that successful. In January 2019 the UK Government announced plans to increase its polygraph program to additionally test domestic abusers on parole.

Whilst there has always been a healthy debate on the use of the polygraph the results speak for themselves. A single issue test conducted by a qualified American Polygraph Examiner is able to achieve accuracy levels of 95%, there is currently nothing on the market in the field of lie detection that can beat this, the latest technology Eye Detect achieves 80% accuracy levels and has its flaws.

Lie Detectors UK provides a UK wide lie detection service and is one of the few companies to have its own offices. All examiners are qualified and experienced and are members of the APA and the UK Polygraph Association. All prices are fixed and transparent, get in touch today and find out just why Lie Detectors UK were voted ‘Best Polygraph Testing Company in 2019’