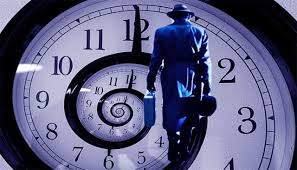 Yet again we have fake news concerning the Lie Detector, this story has done the rounds before courtesy of Apex TV who claim they have run a lie Detector Test on a supposed time traveller who has revealed facts about the future.

Its just a shame they are using a £99 device bought from Amazon or eBay that is as accurate as a flip of a coin, what do you have to compare his answers with. A real Lie Detector Test run by a qualified examiner would comprise of three questions on the same issue repeated multiple times over three charts with comparison questions.

Apex TV, if you want to find the real truth using a real polygraph with accuracy levels in the 90% using techniques backed by years of research then give us a call, we may even test the so called time traveller for free for you as I personally dislike fake news.

Jason Hubble the author of this blog has been a qualified APA examiner for over five years and has conducted thousands of polygraph tests, he is yet to test a so called time traveller and is keen to do so!